Sock it to me one time, brethren–show me what you got. Love for y’all (and respect for teh Shakes).

AngryBlackBitch: Ain’t I a black woman? and This is your brain on privilege…

Marginal Notes: Me, Myself and I

Improvisations: When a Woman is Gang Raped in the Happy Kingdom… (h/t brownfemipower)

Fetch Me My Axe: …and this emphatically does NOT make me giggle.

The Apostate: The Thin Little Brown Girl With Welts On Her Arms

The Galloping Beaver: RCMP Believe Laws Are For Civilians and The RCMP Finally Speak Up

A Creative Revolution: Control And Compliance: The Next Generation

Tiny Cat Pants: In Which I Admit to Giving Up on the Huffington Post

Shiraz Socialist: Poseur who could write

(Turn all eyes towards tha one Melissa McEwan, y0. But save the cruelty for someone less awesome.)

The Gimp Parade: Mail with Mom and The next Ashley X

Blue Gal: Something is wrong…

AngryBlackBitch: Just jokes? – A dream-based exploration… (Money quote: “[C]alling a woman the N-Word six times in a rant about how she may expose your frequent use of the N-Word is the verbal equivalent of taking out a I’M A FUCKING RACIST ad on the A&E television web site.”)

Oh No a WoC PhD: What is Violence against WOC?

Jack and Jill Politics: The Right Discovers The Jena Six

The Galloping Beaver: Harper’s Conservatives and the Death Penalty (Pierre Trudeau’s corpse must be glowing by now from the rotational friction)

A Creative Revolution: Myths. A Rant.

PoliTits: Cherish Is the Word (I shore do loves me sum DCup)

The Heathlander: Losing the fight on Iran

Who Is IOZ?: It’s All Just a Little Bit of History Repeating (Wow. Must read IOZ more often.)

The Republic of T.: The Evolution & Diffusion of Gay Culture (Coulda sworn Terrance was on the ‘roll already. An unfortunate but easily remedied oversight.)

Orcinus: The spiral tightens and The Two Evangelical Futures

The Vanity Press: The 2007 Right-Wing Awards

Even when mired in the depths of illness and ennui, love reign o’er me! (Once again, Melissa McEwen gets the lion’s share of props. Rawr, etc.)

First Draft: ‘Not My Job’ and Those darn hurricanes are never there when you need them!

Lenin’s Tomb: Which ones are the Nazis again?

at-Largely: This is what passes for journalism at the JPost these days…

Dawg’s Blawg: The anthropology of blogging (1)

Montreal Simon: The Throne Speech: Is it Time to Leave Canada?

Renegade Evolution: Why we love Amber & Trinity, entitlement, and other assorted tales…

The Galloping Beaver: “What would be their specific need to see?”

Anti-Choice is Anti-Awesome: Some Days it’s Hard to Think of a Title

Leftist Looney Lunchbox: DNA pioneer’s lecture cancelled after comments on race (“Me thinks they ought to revoke his nobel…” Ditto.)

Feministe: Why diversity is important, Why not illegalize it?, OMG Teh Hysterical Feminists Again! and Questionable statistics

Via Tiny Cat Pants, John Aravosis has what kactus (in comments) calls “one of his periodic attacks of stupidity and entitlement”.

I have a sense that over the past decade the trans revolution was imposed on the gay community from outside, or at least above, and thus it never stuck with a large number of gays who weren’t running national organizations, weren’t activists, or weren’t living in liberal gay enclaves like San Francisco and New York. Sure, many of the rest of us accepted de facto that transgendered people were members of the community, but only because our leaders kept telling us it was so. A lot of gays have been scratching their heads for 10 years trying to figure out what they have in common with transsexuals, or at the very least why transgendered people qualify as our siblings rather than our cousins. It’s a fair question, but one we know we dare not ask. It is simply not p.c. in the gay community to question how and why the T got added on to the LGB, let alone ask what I as a gay man have in common with a man who wants to cut off his penis, surgically construct a vagina, and become a woman. I’m not passing judgment, I respect transgendered people and sympathize with their cause, but I simply don’t get how I am just as closely related to a transsexual (who is often not gay) as I am to a lesbian (who is). Is it wrong for me to simply ask why?

I wrote on my blog last week about this issue, and shared my doubts and concerns and questions. And I was eviscerated for it. While the majority of my readers either agreed with me, or found my questions provocative and relevant, a vocal minority labeled me a bigot, a transphobe, a rich, white boy living in a big city who didn’t care about anyone but himself, and worse. An old activist friend even told me that my words were prejudiced, wrong and embarrassingly uninformed, and that no one of any consequence shared my concerns, and if they did, they were bigots too.

I know firsthand that it’s not safe in the gay community to ask questions about how the transgendered fit in. I also know that I am not alone in my questions, or my fear of asking them. While I’ve been taking abuse for my position, I’ve also been amazed by the number of phone calls, e-mails and people stopping me on the street here in Washington, both straight and gay, thanking me for asking the questions I did, for voicing the doubts that they share. (Not surprisingly, many of these expressions of solidarity have been off-the-record.)

It would have been easy to simply write a blog post, or an article here today, about how I respect and support transgendered people and their rights (and I do), but how it was unfortunately political necessary to cut them out of ENDA. I could have chosen to never touch upon the question of the role of the T’s in the LGB community. But that kind of self-imposed censorship is the reason we’re in the pickle we are today. For 10 years now, the right questions never got asked, never got answered, and as a result, support for the inclusion of transgendered people in the gay community remains paper-thin for a sizable number of gays. Normally that wouldn’t matter. But when we are asked — well, told — to put our civil rights on hold, possibly for the next two decades, until America catches up on its support for trans rights, a lot of gay people don’t feel sufficiently vested in trans rights, sufficiently vested in the T being affixed to the LGB, to agree to such a huge sacrifice for people they barely know.

Keeh-rist! For a second I thought I was reading Camille Paglia, what with all the “Imma courageous rainbow martyr just tellin’ it like it is” bullshit (so perfectly suited for Salon, btw).

Apparently John-Boy has never heard of Stonewall or Sylvia Rivera.

(Hey, does the preceding count as a variation on ‘Simple Answers to Simple Questions’? Because Aravosis is definitely ‘Wanker of the Day’.) 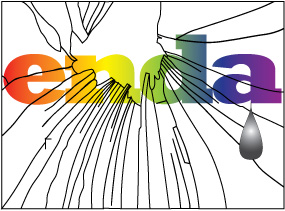 Who luvs ya, baby? (Once again, all props to Melissa McEwen.)

Reclusive Leftist: In which Dr. Socks becomes so disgusted with the casual ineptitude of the ev-psychos that she descends to name-calling and cursing (h/t RenEv)

Jack And Jill Politics: Brits Pull Troops Out of Iraq — An African-American Translation

The Duck of Minerva: Expert advice

The Angry Black Woman: The anti-immigration movement vs. US soldiers: Round one — FIGHT!!

The Gimp Parade: The History of My Shoes and the Evolution of Darwin’s Theory

Shakesville: The World According To Siegel and The Startle Reflex

Orcinus: My interview with Medved

More Notes From Underground: A particularly bad (but probably not uncommon) reason not to support MMP

Dawg’s Blawg: Government by journalist: MMP vs. the press

They Call Me ‘Mister Sinister’: Deconstructing The Case Against MMP and A Word Of Caution

PoliTits: Adventures in Real Parenting: Bought and Paid For

TransAvocate: Observations From A Protest