Stephen M. Walt, commenting on Obama’s recent AfPak escalation and the incongruity of domestic spending initatives vs expensive foreign military endeavours on the part of the US:

As I’ve said before, Americans have come to believe that spending government revenues on U.S. citizens here at home is usually a bad thing and should be viewed with suspicion, but spending billions on vast social engineering projects overseas is the hallmark of patriotism and should never be questioned. This position makes no sense, but it is hard to think of a prominent U.S. leader who is making an explicit case for doing somewhat less abroad so that we can afford to build a better future here at home. Debates about foreign policy, grand strategy, and military engagement — including the current debate over Obama’s decision to add another30,000-plus troops in Afghanistan — tend to occur in isolation from a discussion of other priorities, as if there were no tradeoffs between what we do for others and what we are able to do for Americans here at home.

Thankfully, E-Mart has proposed a modest solution to one particularly contentious domestic issue currently mired in the US Senate:

Maybe we can set up an efficient health insurance delivery system in Iraq or Afghanistan and then import it to the States. Call it a part of our COIN strategy, get Petraeus to endorse it and then ship it home under cover of night.

Hey, remember when US VP Joe Biden was counted among the leading Democratic voices that supported militaristic nation-building in the Middle East/Central-South Asia back in the day?

Well, not so much, thanks to the corruption-laden clusterfuck in Afghanistan:

Nothing shook [Biden’s] faith quite as much as what you might call the Karzai dinners. The first occurred in February 2008, during a fact-finding trip to Afghanistan that Biden took with fellow senators John Kerry and Chuck Hagel. Dining on platters of rice and lamb at the heavily fortified presidential palace in Kabul, Biden and his colleagues grilled Karzai about reports of corruption and the growing opium trade in the country, which the president disingenuously denied. An increasingly impatient Biden challenged Karzai’s assertions until he lost his temper. Biden finally stood up and threw down his napkin, declaring, “This meeting is over,” before he marched out of the room with Hagel and Kerry. It was a similar story nearly a year later. As Obama prepared to assume the presidency in January, he dispatched Biden on a regional fact-finding trip. Again Biden dined with Karzai, and, again, the meeting was contentious. Reiterating his prior complaints about corruption, Biden warned Karzai that the Bush administration’s kid-glove treatment was over; the new team would demand more of him.

Biden’s revised view of Karzai was pivotal. Whereas he had once felt that, with sufficient U.S. support, Afghanistan could be stabilized, now he wasn’t so sure. “He’s aware that a basic rule of counterinsurgency is that you need a reliable local partner,” says one person who has worked with Biden in the past. The trip also left Biden wondering about the clarity of America’s mission. At the White House, he told colleagues that “if you asked ten different U.S. officials in that country what their mission was, you’d get ten different answers,” according to a senior White House aide.

Welcome to reality, Joe. Hopefully he can make the following point, as articulated byDDay, perfectly clear to the CiC:

Obama has a responsibility, not to rubber-stamp the views of Washington hawks and counter-insurgency lovers, but to outline the best possible policy for the future. I don’t see how committing 100,000-plus troops to Afghanistan for five years or more, to defend an illegitimate government, to fight an invisible enemy, fits with that mandate.

Now if only the veep would learn how to use ‘literally’ in proper context.

Related: Must-watch interview with former British Foreign Service operative and Afghanistan expert Rory Stewart, director of the Carr Center for Human Rights at Harvard Kennedy School of Government. Stewart contends Obama’s options are politically limited when it comes to refusing Gen. McChrystal’s immediate demand for more troops — but that the situation on the ground also means that any escalation in US forces will turn out to be a one-time only occurance. 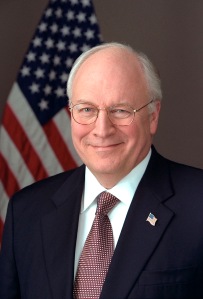 No, Mr. Vice-President, I think not.

(Full Newshour interview transcript here. Make sure to have a bottle of Tums and a couple of Valium’s handy–it makes for a simulateously nauseating and infuriating read.  5 more days…)

Michael L. Weinstein of the Military Religious Freedom Foundation on the infiltration of the U.S. military by right-wing Evangelicals.

Teh shocking newz! Manley Report sez: NO END BUT VICTORY! 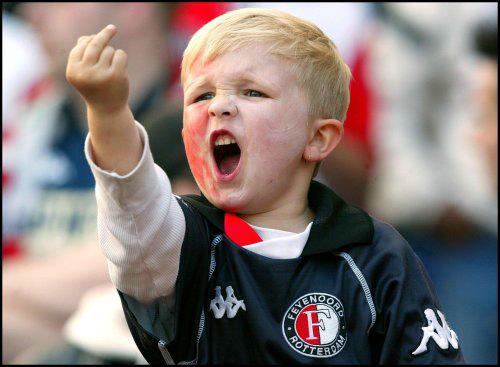 As intimated, I’m not at all surprised by the recommendations (extend the military mission past 2009 as long as NATO ponies up more troops and kewl new toys).

It’s not just that the outcome was never in doubt. Stephen Harper commissioned an ex-politician whose views of the Afghan mission mirrored Harper’s from the outset. But that doesn’t matter: had the report been prepared by Maude Barlow, Jack Layton and the ghost of Mahatma Gandhi, the impact on the Harper government would have been the same: Very Interesting. Thanks For Your Work. We Will Study Your Recommendations. Meanwhile, We’ll Do What We Were Going To Do Anyway.

In other words, once again (right-wing) ideology trumps (objective) reality.  The Great Game is rigged, regardless of who plays. Welcome to faith-based governance, Stephen Harper Party stylez.

Take up the White Man’s burden–
The savage wars of peace–
Fill full the mouth of Famine
And bid the sickness cease;
And when your goal is nearest
The end for others sought,
Watch sloth and heathen Folly
Bring all your hopes to nought.