“If I had asked the many experienced colleagues I have here at The Independent… they would have explained just how wrong I was. It was arrogant and stupid of me not to ask.”

“I called round…other interviewers for British newspapers and they said what I did was normal practice and they had done it themselves.”

Either way, at the end of the day the purple-prosed, narcissistic little shit-stain gets to keep his plum position as UK journamalism’s favourite idiot-savant fabulist, despite having brazenly made shit up (including at least one viciously libellous Wikipedia sockpuppet) — and all he had to do to save his bacon was give back his undeserved Orwell Prize and pen an intellectually insulting J’accuse in lieu of a proper apology (actual sincerity would have required a modicum of shame/regret on Hari’s part — IOW, don’t hold yer breath, cupcake).

Nice work if you can get it. 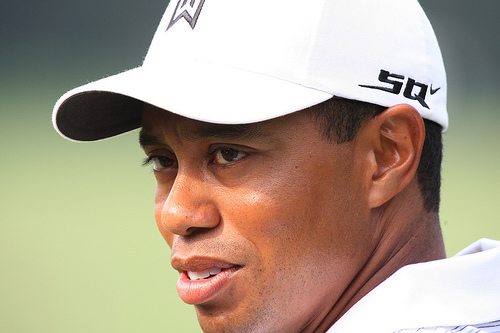 thank god i work in an industry where i do not have to make embarrassing apologies and quit my job for being a slut.

Jesse Taylor explains why, contra aimai, the latest example of desperate hand wringing on the part of the traditional media over the scourge that is online incivility (fetch forth teh fainting couch!) misses the mark by honing in on the trees, rather than the forest:

I understand that us bloggers use cursewords and invective and sometimes call reporters mud-flinging slapfucks (or we do now!), but the entire point of the conservative anger is that it allows them to push forward complete and total lies and yell down anyone who debates against them.

The reason conservatives are so able to build up lies is because, by being nasty about it, they know that the dreaded MSM will only focus on the nastiness.  Eventually, the entire thing turns into a series of op-eds by Davids Broder and Brooks excoriating both sides for lowering the discourse, asking where President Obama’s promise of postpartisanship went, and then endorsing the three elected Republican officials who haven’t accused Obama of flouridating our children’s water supply as a method of mind control as the new centrist way forward.

Precisely. I could give a flying rainbow butt monkey fuck about how ZOMG RUDE!11 wingnuts are; it’s the fucking lying, stupid. Alas, judging by the continued preponderance of lazy ‘he said, she said’ stenography, too many in the press apparently consider it far more important to fret about the term ‘bullshit’ than to, y’know, call it.

Priorities. They can totally has them.

(photo by NYCArthur, used under a Creative Commons license)

And she’s done it while fostering or demonstrating little friction with the White House she once hoped to occupy. Being secretary of state doesn’t just require being a diplomat abroad. It requires being a diplomat in Washington. For, foreign policy is not and has never been the purview of State alone — Clinton overlaps and dovetails and supports and creates policy with Obama, a spate of diplomatic envoys, the Departments of Homeland Security and Defense, the national security advisers, Vice President Joe Biden, et cetera. By all accounts, she’s done well at that as well.

Not that you’d know it reading the paper. Too often, coverage of Clinton neglects the fact that the secretary of state has never been the sole creator of U.S. foreign policy. It also, far too often, focuses hyper-intently on the perceived narrative of how Clinton feels about her relationship with the White House — rather than the actual relationship between Clinton and Obama or how she’s doing her job.

As they say, read the whole damn thing — Lowrey goes on to name ’em and shame ’em.  It (still) ain’t pretty.

Speaking as a long time SNL fan, I think it’s absolutely fabulous to see that the Minnesota State Supreme Court believes Al Franken is good enough and smart enough to represent the state as its junior Senator. Because, doggone it, people like him more than Norm Coleman (by a final margin of 312 votes).

Chris Cillizza notes that despite Franken’s celebrity pedigree (which, as Cillizza points out, helped swell Franken’s coffers throughout the campaign and subsequent legal battle with Coleman), the former writer/comedian cannily avoided the public eye while lawyers tussled–except to play the role of statesman :

When the race ended in a tie, Franken did something very smart; he stayed out of the spotlight. He was rarely seen or heard and when he did pop into public view it was during an occasional visit to Washington when he was huddling with potential colleagues and getting briefed on issues by potential staffers — in short, acting like a senator. He gave Republicans nothing to use to sow doubts about whether he was ready for the office to which he was headed. While Franken’s personal discipline did little to effect the legal outcome, it played a critical part in slowly but surely securing public support behind the idea that not only had he won but that he was ready to be a senator.

Also, many thanks to the beltway bullshit shovellers at Politico for once again picking up the trusty steno pads to help their GOP patrons explain how an historic victory for the Democratic party is–wait for it–actually good news for Republicans (ZOMG NO WAIS!):

Franken’s upcoming seating will give Democrats their biggest majority in the Senate in a generation, ensuring their party holds a 60-40 majority – enough to quash GOP filibusters if they stay united.

And with that, some Republicans see an ironic silver lining – Democrats have nobody else to blame if their agenda falls short even though that will be tough with an ideologically diverse caucus and the absences of Sens. Ted Kennedy (D-Mass.) and Robert Byrd (D-W.Va.), who have been sidelined by illnesses. GOP strategists say it will solidify their argument heading into the 2010 elections that electing more Republicans would be a critical check on one-party dominance in Washington.

“The implications of this Senate race are particularly significant because the Democrats will now have 60 votes in the Senate,” said Sen. John Cornyn, the head of the National Republican Senatorial Committee. “With their supermajority, the era of excuses and finger-pointing is now over.”

One bone of contention, Antonia: saying that anything spawned by the gliberati who rule USian cable NOOZ networks and talk radio even remotely constitutes ‘news commentary’ is akin to earnestly declaring that Barack Obama is an unreconstructed Marxist.

Er, ok–never mind. If America didn’t already exist The Onion would have to invent it.

You ever watch something so vicariously embarrassing, so painfully awkward that it almost gives you a full-body toothache?