This was the first thing I read today, 20 years after the violent massacre of 14 young women (because they were women):

New York State Senator Hiram Monserrate, one of the Democrats who helped “defend traditional marriage” in the New York Senate last week by voting against a bill that would have made same-sex marriage legal in the Empire State, was sentenced to 250 hours of community service. 52 weeks of domestic abuse counseling and three years of probation, on an assault conviction stemming from a December 2008 incident where he “accidentally” slashed his girlfriends face while beating the crap out of her after he dragged her through the lobby of his Queens apartment building.

Prosecutors had said that Monserrate, an ex-Marine, lashed out at his domestic partner, Karla Giraldo, with a glass in a fit of rage after he found another man’s business card in her purse. The glass broke against her face, cutting her near her left eye down to her skull and leaving a lasting scar.

Monserrate had been originally charged with two felony counts and two misdemeanor counts of assault after cutting Giraldo’s face during a bitter argument in his apartment on Dec. 19, 2008. However, in October, New York William M. Erlbaum, who presided over his trial, acquitted him on the two felony assault charges, which carried a mandatory sentence of seven years in prison and would have forced him to forfeit his Senate seat.

Has anything really changed since the now-disbanded Canadian Airborne Regiment held a mess dinner to honour Marc Lepine?* I would like to believe so. I would like to think that these annual memorials and the respectful newspaper editorials and the gentle men who wear white ribbons are making a difference.

But the fact that so many still appear to have trouble with woman-hatred–trying to wish it away, reduce its significance, confine its existence to a “lone madman,” blame it on a nonexistent Muslim bringing-up, or even, on the fringes, excuse it, tells me that we have much, much further to go. Violence against women continues to flourish, including mass murder. Still think Marc Lepine was alone?

Indeed, we still have miles to go in this struggle. April Reign charts the course we need to take:

This year as you remember and mourn the loss of 14 of our sisters remember also the words of Joe Hill; Don’t Mourn, Organize!

Help Equal Voice to get more women elected, fight for strong gun control, support women’s reproductive choice, donate to a local shelter, help a woman or a young girl learn tech skills or use those skills to help others.

In the words of Emma Goldman;
“No real social change has ever been brought about without a revolution… revolution is but thought carried into action.”

We remember, even if they choose to forget. 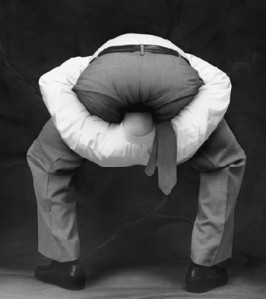 Yesterday, the office of Public Safety Minister Peter Van Loan released the following statement, explaining why the Harpercons were blocking the release of a Canada Firearms Centre (CAFC) performance report on the Long Gun Registry:

“Canadians don’t need another report to know that the long-gun registry is very efficient at harassing law-abiding farmers and outdoors enthusiasts, while wasting billions of taxpayer dollars.”

[The registry is] spending less, attracting more registrants and police are using the registry  more — almost 4,000 times last year. Yep, that’s an argument to kill it.

Golf claps to the spineless, craven Liberal & New Democrat MPs who allowed the Harpercons to bully them into pissing on the graves of the 14 Montreal Massacre victims (and props to the Bloc for actually doing the right thing for Canada — shocking, I know).

A rundown of the twenty turncoat cowards who felt that pandering to low-information voters trumped public safety:

And a handy-dandy directory of the MPs who comprise Canada’s 40th Parliament, including contact info — so you can either thank your local MP for standing up against gun violence, or politely tell them how you feel about them flipping the bird to the women of Canada.

Shorter 164 members of Parliament to the 14 victims of the 1989 École Polytechnique Massacre (and, by extension, every woman in Canada):

Via Devin Johnston, Dennis Gruending connects the blood-red dots that weave together antipathy for the gun registry and willful indifference towards deadly misogyny:

It is ironic, to say the least, that this vote occurred just a few weeks prior to the 20th anniversary of the December 6th Montreal massacre, when Marc Lepine mowed down 14 young women at Ecole Polytechnique in Montreal with a semi-automatic weapon. Although this bill will not touch the ban on handguns, it will, if it becomes law, eliminate the requirement to register the type of people-hunting firearm that Lepine used in 1989. It was that gruesome killing which prompted the then-Liberal government of Jean Chretien to pass the Firearms Act in 1995, requiring gun owners to obtain permits and to register their guns.

My experience in four election campaigns was that you got nowhere with people opposed to the gun registry if you said that the Montreal massacre was a reason why firearms should be registered. That argument left them cold. There was rarely, if ever, any acknowledgement or sympathy expressed for Marc Lepine’s victims.