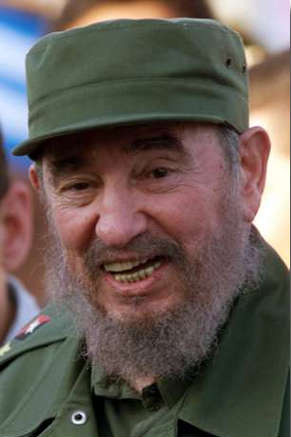 Hagiographies are surely being hacked out as we speak, full of awed tributes to Cuba’s long-standing defiance of the US, Castro’s signature mixture of revolutionary romance and crafty realpolitik, and the achievements of Cuba’s health and education systems. On the other side of the argument, plenty of people will be roundly decrying his record, looking forward to Cuba’s belated opening-up, and chastising those who’d have you believe that Castro’s retirement represents the beginning of the end of a glorious story packed with emotive abstract nouns: courage, strength, indefatigability … you name them.

This, needless to say, is all pretty pointless stuff. Not that you’ll read it in a lot of today’s coverage, but much the most rational response to Castro’s record is a profound ambivalence. If you’ve been to Cuba as a tourist, you may be familiar with the beguiling sense of a society run according to a communitarian ethos, tempered by a nagging fear that you’ve essentially enjoyed a cheap holiday in other people’s misery. One minute, a seductive mixture of revolutionary iconography and jaw-dropping health statistics threaten to pull you towards the idea that the revolution has a lot going for it; the next, you’re reminded of the regime’s truly malignant aspects. As of a sobering reminder to leftist romantics, the absence of free trade unions and lack of recognition of the right to strike usually does the trick.

One of the ways in which Castro was useful to the American Right – as people like Chavez are now – is in enabling them to muddy the waters of American debate by pretending that modern socialism and dicatorial communism are identical – a meme that has widespread currency in the U.S. How often do you hear rightwingers complain about Tony Blair being a socialist, for instance? Yet the Labour Party which he was head of has always been avowedly a socialist party. Gordon Brown is the current party leader and British PM. How often does his socialism come up in US mainstream reporting?

All of those liberals who complained that sanctions were not working and said Castro was thumbing his nose at the United States should apologize to the ten Presidents who have methodically plotted Castro’s downfall since 1959 now that Castro has finally said, “Tio.” While it may have appeared to some that Castro emerged unscathed from the Bay of Pigs, the Cuban Missile Crisis, the 638 attempts by the CIA to assassinate him using poison cigars and exploding, mollusks, the embargo, the collapse of the Soviet Union and the Mariel Boat Lift, which deprived the country of some of its finest criminals and mental patients, we can now see that each of these incidents chipped away at Castro’s power little by little until he had no choice but to surrender.

So does this mean that the wingnut welfare scheme better known as the Office of Cuban Broadcasting is now doomed to be scrapped on the slagheap of dubious history? And, more importantly, will legal Cuban cigars be puffed by powerbrokering superdelegates in the smoke-filled rooms @ this year’s Democratic National Convention? As Edward Abbey famously quipped, “Democracy—rule by the people—sounds like a fine thing; we should try it sometime in America.”

Update: Sheesh– Miami resident Mustang Bobby sure is a killjoy. Homeboy seems less than impressed with the blessings of liberty that have been bestowed upon the oppressed Cuban populace over the years by the US:

In terms of oppression and denial of freedom, Cuba is in the same league with China, Vietnam, and a host of other countries that we not only do business with but welcome their leaders to our country to sign lucrative deals for the buying and selling of watches, bicycles, and child-labor-produced sportswear. If we had bombarded Cuba with McDonald’s and NAPA Auto Parts instead of John Birch Society rhetoric and Radio Marti, chances are that Fidel Castro’s revolution would have been marginalized by a stampede of Nikes and iPods. As it is, we have left the natural flow of exporting capitalism to Cuba to Canada, the EU, and the rest of the Americas, leaving our influence fifty years to leeward. It’s a lot easier to effect a change in a country when you’re standing in the middle of it counting your money rather than standing outside the fence and screaming at them.

On that note, the embargo will continue for the foreseeable future, as per Deputy Secretary of State John Negroponte. Hey, why mess with a successful formula?