This makes the hashtag #IfTheyGunnedMeDown so powerful. It's sad that some people have taken it to another level. http://t.co/oZnLDRRDhN

That’s how the Lubbock Avalanche-Journal chose to present the story of Amy Bishop, a former college professor who eventually pleaded guilty to killing three colleagues and wounding three others at a faculty meeting in 2010.

And that’s the headline AL.com ran about the shooting death of a 25-year-old black man in Alabama earlier this year.

This is how the Staten Island Advance covered the case of Eric Bellucci, a mentally ill New York man who allegedly killed his parents. 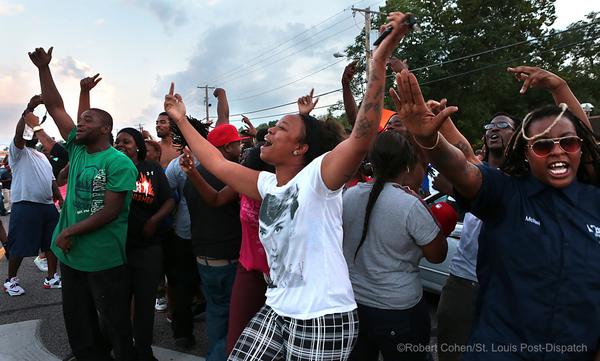 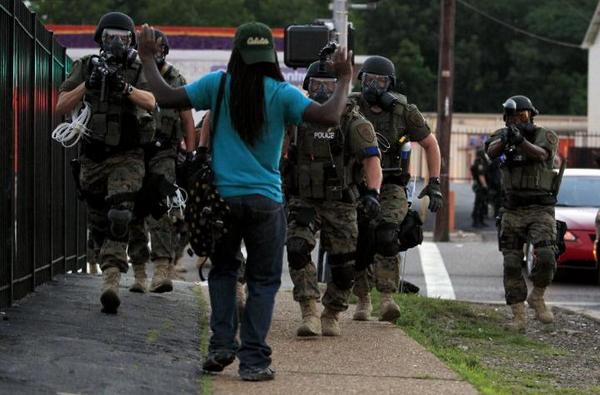 Mike Brown is dead. He is dead for no reason. He is dead because a police officer saw a 6-foot-4, 300-plus-pound black kid, and miscalculated the level of threat. To be black in this country is to be subject to routine forms of miscalculated risk each and every day.  Black people have every right to be angry as hell about being mistaken for predators when really we are prey. The idea that we would show no rage as we accrete body upon body – Eric Garner, John Crawford, Mike Brown (and those are just our summer season casualties) — is the height of delusion. It betrays a stunning lack of empathy, a stunning refusal of people to grant the fact of black humanity, and in granting our humanity, granting us the right to the full range of emotions that come with being human. Rage must be expressed. If not it will tear you up from the inside out or make you tear other people up. Usually the targets are those in closest proximity. The disproportionate amount of heart disease, cancers, hypertension, obesity, violence and other maladies that plague black people is as much a product of internalized, unrecognized, unaddressed rage as it is anything else.

Nothing makes white people more uncomfortable than black anger. But nothing is more threatening to black people on a systemic level than white anger. It won’t show up in mass killings. It will show up in overpolicing, mass incarceration, the gutting of the social safety net, and the occasional dead black kid. Of late, though, these killings have been far more than occasional. We should sit up and pay attention to where this trail of black bodies leads us.  They are a compass pointing us to a raging fire just beneath the surface of our national consciousness. We feel it. We hear it. Our nostrils flare with the smell of it.

James Baldwin called it “the fire next time.” A fire shut up in our bones. A sentient knowledge, a kind of black epistemology, honed for just such a time as this. And with this knowledge, a clarity that says if “we live by the sword, we will die by it.”

For these acts and images to do more than express the release of anger over one more senseless killing — fueled by the invisible crisis in America of a two-tiered economic system, the rage over institutional racism and the persistent harassment of black youth on town and city sidewalks by increasingly militarized police departments — is still another textbook example of America’s racial and class polarization. The looting photos should not be fodder for finger wagging or utterances of “what do you expect?” Rather, as transient reactions to the same impoverished and marginalizing conditions that spawn these meager “convenience” franchises in the first place, acts of violence — sensationalized as they are — are little more than one more (albeit shocking) expression in a constellation of of cause-and-effect.

I wish I didn’t have to tell some of you that victim-blaming when a Black person is murdered by police is a huge no. That it doesn’t matter if they were on the honor roll, or smoked weed sometimes, or were going to college, or what brand of hoodie they wore, or even if they spent time in jail at some point. That the right to walk down the street without being a target for murder by the police isn’t a right one should have to prove themselves worthy of. That we should all just have that right by virtue of being human beings.

When you’re Black, you don’t always get the benefit of being seen as a human being, though. Black people are seen as ‘up to no good’ by default. The truth is that our lives, like anyone else’s, are filled with good choices as well as mistakes, achievements we’re proud of as well as missed opportunities. Successes. Failures. Just like everyone else. But what’s also true is that we, as marginalized people, get fewer do-overs. The system is rigged to punish us at every possible opportunity. Longer prison sentences compared to whites who commit the same crimes and disproportionate rates of suspension and expulsion for even Blackpre-schoolers attests to this.