There’s nothing “groundbreaking” (nor *cough* “subversive” or “ironic”) about undeniably racist imagery. What the bloody blue hell were you thinking? 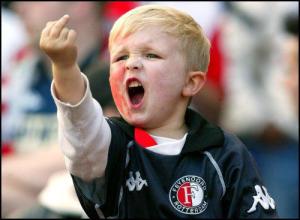 P.S. You might want to think about amending your tagline. I suggest going with a classic truth-in-advertising motif. How about: “Superficial pablum. By white women. For white women”?

Related: You can write letters too!

Seal Press recently caught a lot of flak after two of their representatives made themselves look very, very bad by thoroughly failing to engage in any kind of productive dialogue with women of color who vocally criticized the lack of racial representation in their catalog. And now this. The publishing world is a hard place these days for a feminist press — it’s hard to figure out how to be an ally to disenfranchised voices and still make ends meet. Yes. But those excuses don’t even make sense this time around. If you’ve gotta put retro cartoons on your covers to sell books, fine. But how many retro cartoon images are there in the world that don’t have hoary old racist, colonialist tropes splattered all over them? Believe me, there are plenty. Not every one is as problematic as these.

Although Amanda has long been one of my favorite bloggers, any enjoyment I once got out of reading her snappy takedowns of misogyny is rapidly turning to ashes in my mouth. And that’s why I can’t sleep, why I feel like throwing up. Like a lot of bloggers these days, I’m no longer even sure if I feel comfortable calling myself a feminist, since it seems like the popular definition of that word in so many circles has come to mean “feminism first, every other issue second.” And that’s a formula that inevitably leads to a feminism for the few. A feminism for the small numbers of women who don’t deal with intersections of one, two or ten other kinds of shit getting heaped on us every day, too many to calculate “which is most important.” It’s not a kind of feminism that works for most of the women on this planet. But you know, brownfemipower already said all this in her sign-off, I don’t need to repeat her thoughts. Just add my name to the list of those who are no longer sure if we can simply “take feminism back.” Or even if it’s worth it.

If you really like the quality and style of Amanda’s writing but question the use of the imagery, don’t buy the book, go to the publisher (Seal Press hurr) and tell them why you’re not buying the book, and see if you can get a reprint with just as much irony without any racism. And buy it then. I think that’s possible, especially since there’s no longer King Kong on the cover.

Personally, I wouldn’t read, buy nor endorse the book even without the images (for similar reasons as Oh outlined here, along with the previous conduct towards/marginalization of WOC by Seal Press), but YMMV.

Finally, contra Hugo, this isn’t merely a matter of “perception”. The images gratuitously featured as chapter headings in It’s a Jungle Out There are racist. Full fucking stop.

And what Angry Black Woman said.

Frankly we’re at a point where it’s time for feminism to either get it together, or for us to leave it where it is and continue on with our own progressive movements. There’s been some talk for years about how feminism is comprised of multiple movements and until now that’s been enough for me. But I think that I’ve been deluding myself by thinking that the behavior of the allies that do get it trumps the hurt spawned by the bigots calling themselves feminists. I can’t take calls for sisterhood or solidarity seriously from white feminists at this point and I’m sure someone is going to call that attitude racist. And that’s their lookout, but I can’t stand in sisterhood with someone that’s (maybe) willing to knife me in the back and it’s taking too much effort to try to weed out the ones that are really allies from the ones that are only claiming the title.