“Where where you last night?” 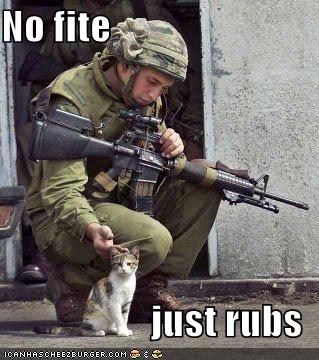 Come, my friends
‘Tis not too late to seek a newer world.
Push off, and sitting well in order smite
The sounding furrows; for my purpose holds
To sail beyond the sunset, and the baths
Of all the western stars, until I die.
It may be that the gulfs will wash us down;
It may be we shall touch the Happy Isles,
And see the great Achilles, whom we knew.
Tho’ much is taken, much abides; and tho’
We are not now that strength which in old days
Moved earth and heaven, that which we are, we are;
One equal temper of heroic hearts,
Made weak by time and fate, but strong in will
To strive, to seek, to find, and not to yield.

It’s that time of year again – Blog for Choice Day!

The past two years, pro-choice bloggers have come together on January 22nd – the anniversary of Roe v Wade – to write about reproductive health and justice and to keep choice in the national spotlight. And we’ve been amazingly successful.

So I hope you’ll join us again this year for the 35th anniversary of Roe to Blog for Choice. This year, we’re asking people to write about why they vote pro-choice.

You can sign up here, and download a Blog for Choice Day graphic here to let your readers know that you’re participating.

And don’t worry, we’ll send you a reminder about the date and a link to your post will appear on the main Blog for Choice page. Hotness.

Together we can ensure that on January 22, the blogosphere is flooded with pro-choice blogposts.

More later, when I get home. Crying at work isn’t exactly my idea of a fun way to spend a Friday night. But thems the motherfucking breaks.

My sincere condolences to Andrew’s family.

Heh. These peas certainly are fresh. And hot.

Update 2: Andrew’s last post @ ObWi was soliciting funds on behalf of Pretty Woman Bird House. Though they reached their goal last week, PWBH is still accepting (and in need of) donations. Making one in Andrew’s name (as I plan on doing once I get home from work) would be a great honour to his memory, and his legacy.

(Can you tell these peas are fresh?)

Make sure to update your bookmarks/subscriptions. 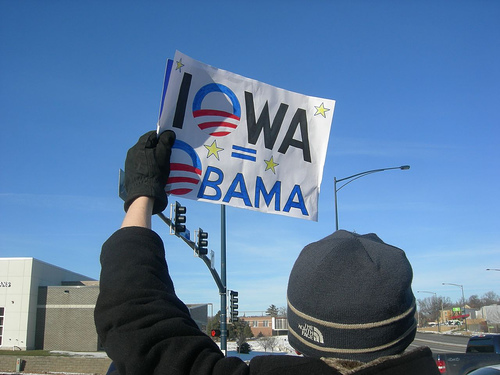 Jack Turner asks “Where were you last night? Your kids may ask you in 20 years: “How did it feel to experience history?””‘

dnA was in Harlem:

All the Obama volunteers told me how hard it was, even in Harlem, to convince folks that an Obama presidency was possible. Not just because Harlem now lies in the shadow of the Clinton building, but because people in Harlem’s barbershops, restaurants and schools didn’t think a black man could win. The very circumstance of our own lives pushes the possibility past the realm of belief.

I’d raise a drink to that.

Oh and…I was wrong. And it feels really good to be wrong.

The rest is black history.

I don’t particularly like Obama, nor agree with his decidedly status quo, neoliberal policies. But, speaking as a person of colour, for one night it was nearly impossible not to get caught up in the sweeping rhetoric, the (illusionary) resonance of boundless hope and national unity.

Many others got swept up as well, as noted by Chris Bowers:

Tonight, Obama won because he did something many campaigns have claimed they would do in the past, but never until now had never actually accomplished: he turned out young voters and new voters in record-smashing numbers. This has long been the holy grail of progressive politics, and until now no one had been able to pull it off. Well, Obama pulled it off. That is a remarkable an historic accomplishment. That is why he won.

The notion that the youth that put Obama over the top is somehow hell-bent on bi-partisanship is about as misguided as the idea that FISA would have an impact in the Presidential campaign (while FISA should have had an impact, it just wasn’t going to happen). Young voters are overwhelmingly Democratic, as voters under 30 broke 60%–38% for Democrats in 2006. The youth of America isn’t navigating a path between the two parties, they are overwhelmingly siding with one party. What they want is change and youth within the party, not an older generation’s status quo. They want a change in America, and a change in the Democratic Party.

Obama represents the change that Democratic youth want, and he does so in a way that neither Clinton nor Edwards could ever hope to match.

Obama’s smashing victory Thursday night in the Iowa caucuses was more than just history – it was an exclamation point on an improbable quest. The decisive margin anoints him as the clear Democratic front-runner and suddenly, the nomination is within his grasp. If he can capitalize on the moment and sweep New Hampshire next week, he will be in a position to go all the way. Clinton is in trouble, and she knows it. Her flat concession speech, gracious under the circumstances, reflected the devastating facts. Her third-place finish, 9 points behind Obama and a single point behind John Edwards, is irrefutable proof that the aura of invincibility is gone. She is now in a fight she never expected and didn’t want. New Hampshire, which she always counted on, suddenly looms as crucial.

What’s surprising is that the results weren’t surprising. The trend was clear to the naked eye. Ever since the Oct. 30 debate in Philadelphia, where Clinton dodged every tough question, including on driver’s licenses for illegal immigrants, the vaunted Clinton machine – Bill and Hil and those veteran war-roomers – was running on empty. The tricks that always worked before didn’t work anymore. It was all vapors.

The nostalgia for the ’90s, a move for a restoration of the Clinton presidency, isn’t a persuasive rationale. The flaw was on display in her speech – surrounded by Bill and some of his old aides, she was a tableau of the past, not the future. As she ticked off mind-numbing policy plans as though the presidency is a collection of legislative initiatives, she probably lost a few early votes in New Hampshire, too. Obama gets the essence of the job he is seeking, the idealized version anyway. His victory speech was infectious. His incantation of hope, combined with an eloquent sweep of American history’s celebration of the underdog, is much, much more than a promise of policy change. You can’t imagine her invoking Valley Forge and Selma the way he did.

Her campaign is a campaign. His is a movement.

Thanks to the decisive and unique nature of his victory (which can be pithily summed up as “defying conventional wisdom, black man thumps white establishment candidate in overwhelmingly white state”), Obama now has the Big Mo, or, as publius puts it, an “information cascade on steroids”. If it engulfs New Hampshire and South Carolina, the surge may very well carry Obama all the way to the Democratic nomination–if not the Oval Office. 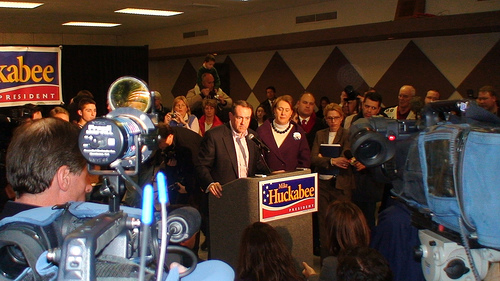 Robert G. Kaiser on the apparent collapse of the GOP big tent:

…The Reagan coalition is indeed fracturing, and the Republican Party is now certifiably in the midst of an [identity] crisis. This does NOT mean there is no hope for the Republican candidate next November, but it does mean that the Republican Party we have been living with since 1980 is on its way to the dust bin of history, to coin a phrase.

My thinking is this: Reagan brought together evangelicals, old-fashioned country-club Republicans, southern middle-class voters and the group that became known as “Reagan Democrats.” [Huckabee] wins Iowa without bringing together any broad coalition at all; he got evangelicals and a few others, it looks like. Other Republicans fractured in many directions.

I agree with the now-common commentary that there is no heir to Reagan now, or even to President Bush. Fred Thompson was, for ten minutes, the guy tapped to play that role. He did very poorly in Iowa tonight–14 percent.

I also confess to thinking for a couple of years now that the Republican coalition was in danger of fracturing. I may be looking tonight for evidence to support my own theory. But I don’t think so. I think it’s really happening.

More on how the Republican race is now “in disarray” from John F. Harris and Jonathan Martin, who note that “the weeks ahead will in some ways be a referendum on the identity of the Republican Party” and the results “could say much about what issues are paramount to a party in transition.”