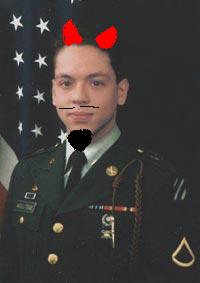 “Satan is running the DailyKos. Yes, he is!” 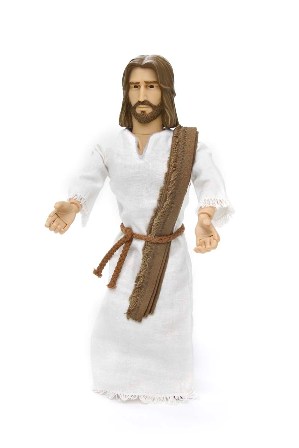 First the Wii, now Talking Jesus. This holiday shopping season is turning into a real pain in the ass.

Fuck it–socks and underwear for everyone.

A leader of the CIA team that captured the first major al Qaeda figure, Abu Zubaydah, says subjecting him to waterboarding was torture but necessary.

“The next day, he told his interrogator that Allah had visited him in his cell during the night and told him to cooperate,” said Kiriakou in an interview to be broadcast tonight on ABC News’ “World News With Charles Gibson” and “Nightline.”

“From that day on, he answered every question,” Kiriakou said. “The threat information he provided disrupted a number of attacks, maybe dozens of attacks.”

The Washington Post, from a review of Ron Suskind’s now-more-than-ever indispensable book, The One Percent Doctrine (h/t Kevin Drum):

Abu Zubaydah, his captors discovered, turned out to be mentally ill and nothing like the pivotal figure they supposed him to be….Abu Zubaydah also appeared to know nothing about terrorist operations; rather, he was al-Qaeda’s go-to guy for minor logistics.

Which brings us back to the unbalanced Abu Zubaydah. “I said he was important,” Bush reportedly told Tenet at one of their daily meetings. “You’re not going to let me lose face on this, are you?” “No sir, Mr. President,” Tenet replied. Bush “was fixated on how to get Zubaydah to tell us the truth,” Suskind writes, and he asked one briefer, “Do some of these harsh methods really work?”

Interrogators did their best to find out, Suskind reports. They strapped Abu Zubaydah to a water-board, which reproduces the agony of drowning. They threatened him with certain death. They withheld medication. They bombarded him with deafening noise and harsh lights, depriving him of sleep. Under that duress, he began to speak of plots of every variety — against shopping malls, banks, supermarkets, water systems, nuclear plants, apartment buildings, the Brooklyn Bridge, the Statue of Liberty. With each new tale, “thousands of uniformed men and women raced in a panic to each…target.” And so, Suskind writes, “the United States would torture a mentally disturbed man and then leap, screaming, at every word he uttered.”

So here’s what the tapes would have shown: not just that we had brutally tortured an al-Qaeda operative, but that we had brutally tortured an al-Qaeda operative who was (a) unimportant and low-ranking, (b) mentally unstable, (c) had no useful information, and (d) eventually spewed out an endless series of worthless, fantastical “confessions” under duress. This was all prompted by the president of the United States, implemented by the director of the CIA, and the end result was thousands of wasted man hours by intelligence and and law enforcement personnel.

A leader of the CIA team that captured the first major al Qaeda figure, Abu Zubaydah, says subjecting him to waterboarding was torture but necessary.

I believe this is an example of what Pascal (and, later, Chomsky) referred to as “the utility of interpretations.”