Related: Al Jazeera English – “The White House has systematically manipulated climate science for years to play down the dangers of global warming, a US congressional report says.” Full text of the report available in PDF format here; Brian Beutler notes that “[t]he sheer volume and magnitude of chicanery, when laid out in nearly 30 pages of detail, betrays a remarkably fastidious program of misinformation.” 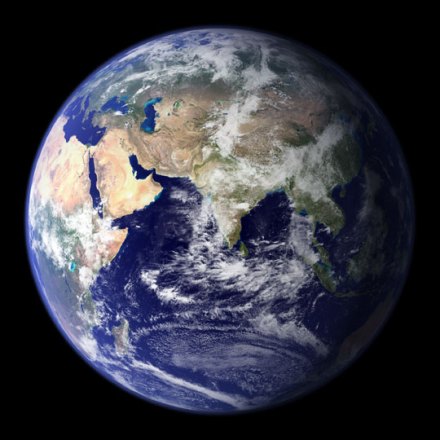 Petulant Rumblings has the footage and the transcript.

Related: Will he or won’t he? According to CNN Political Ticker, Gore “told CNN’s Jonathan Mann that he didn’t expect to ever get back in the political process, but that “if I did get back, it would be as a candidate for president.”” More from Carl @ The Reaction and Steve Benen, who aptly notes that the only reason there’s any serious speculation about the former veep’s political aspirations is “because news outlets like CNN find it more interesting to talk about Gore’s non-existent campaign than his efforts to combat global warming.”

Ready to be outraged?

A Houston, Texas woman says she was gang-raped by Halliburton/KBR coworkers in Baghdad, and the company and the U.S. government are covering up the incident.

Jamie Leigh Jones, now 22, says that after she was raped by multiple men at a KBR camp in the Green Zone, the company put her under guard in a shipping container with a bed and warned her that if she left Iraq for medical treatment, she’d be out of a job.

In a lawsuit filed in federal court against Halliburton and its then-subsidiary KBR, Jones says she was held in the shipping container for at least 24 hours without food or water by KBR, which posted armed security guards outside her door, who would not let her leave.

Ruth Ellis Haworth with the post of the week:

When New Democrat MP Irene Mathyssen saw that Conservative MP James Moore was looking at a photo of a bikini-clad woman while sitting in the House of Commons and noticed that the image was visible not just to members of the House but also to visitors in the gallery, she rose and made a brief, composed complaint about it. Liberal MP Karen Redmond rose and supported Mathyssen.

James Moore was outraged. Oh, not outraged that he had been caught displaying an inappropriate photo in the House of Commons. Outraged that some stupid prude of a woman would complain about it. The lowest of the low. Tarnishing the reputation of a red-blooded Canadian man. And besides, it was my girl friend. And (in perhaps the most irrelevant argument ever), my dog is in the photo too!

The men of the country crashed into the debate like the kettle drums in Beethoven’s Ninth. This was the worst form of dirty politics. A smear. Don’t old, ugly women know that young, pretty women like to appear semi-naked in photos? Doesn’t that prove that all feminism is mean-spirited, humorless prudery that must be stamped out like brush fires in August?

A disturbing theme that ran throughout the men’s attacks was that Mathyssen and Redmond should be humiliated. Like this one: “They should both have to give lap dances to Peter Milliken.” Yet another outraged male wrote, “She should be forced to stand in the House and issue an apology” (italics mine).

Another theme was that all rules against sexual harassment in the workplace should be abolished. For example: “The sensible response in the House, or any other workplace, would have been for her to avert her gaze, ignore the offending image and shut up.”

Where are Jack Layton and Stephane Dion on this issue? Neither the Liberal nor NDP party web sites mention the event, much less stand up for Matthyson or Redmond. (So much for “male feminists”.)

The tragic thing about all this is that it happened in parliament, where Canada’s laws and policies are formulated, and so it affects women and sexual harassment policies in workplaces across the country.

Precisely. You know what this boils down to? Men telling women to know their roles and shut the fuck up.

The ‘boys club’ mentality of Canadian politics has shone through the past several days, bright like a beacon. Absolutely sickens me that Ms Mathyssen was forced to fall on her sword following a wave of sophomoric ridicule from the (largely male-dominated) punditocracy, dead tree, broadcast and blogosphere–much of it occurring on December fucking 6th, for fuck’s sake!!11 Someone hand out some copies of Backlash to these ever-so-enlightened folks, stat.

Full disclosure: I am a proud constituent of Ms Mathyssen and in the past have campaigned–and consistently voted–for her. Have nothing but the utmost respect for her tireless efforts spent advocating on behalf of Canadian women’s interests as Uncle Steve and Co. slash SWC into teeny tiny little shreds. That she finally gets some attention as a result of a teapot tempest stirred up by bi-partisan neanderthals seemingly all-too-eager to score points at the expense of a prudish (Dipper) feminazi (to say nothing of all Canadian women, regardless of political affiliation) leaves me feeling like someone scraped my face with a freshly purchased cheese grater.

Let’s not mince words: Moore is a slimy, self-righteous dipshit in the Peter MacKay mold (looking at dog pics–indeed–is his puppy named Belinda?) All those commentators who so proudly let their privileged majority-culture flag fly (“huh huh we kin put teh uppity wimmins in her place AND has fun at teh Dippers’ expense–SCORE!”) can go choke on their crass lockerroom antics. In other words, take the by-now-rote “humourless feminist” routine, grease it up real good, and shove it right up your rear ends, you living, (mouth) breathing examples of why many more highly vocal women and minorities are so desperately needed in Parliament and the press gallery, ASAP. 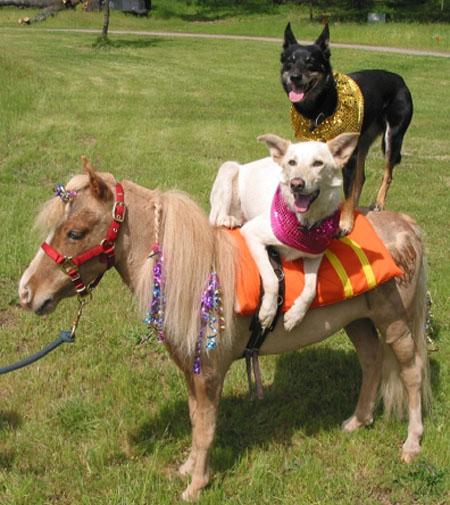 As if this should be even slightly surprising:

After banishing environmentalists and opposition MPs from Canada’s delegation to the Bali climate conference, Ottawa has decided to allow an oil company and several business executives to join the official delegation.

Two companies from Ottawa, where Environment Minister John Baird is an MP, have been allowed to join Canada’s official delegation to the climate-change conference, according to documents obtained by The Globe and Mail.

A major oil and gas producer, EnCana Corp. of Calgary, was also permitted to join the delegation.

By joining the Canadian delegation, the corporations could influence Canada’s position at the Bali conference, where about 190 countries are trying to hammer out a new agreement to replace the Kyoto accord to solve the global-warming crisis.

Last month, the government announced that environmental groups and opposition MPs would not be welcome in the official delegation at Bali, despite a long-standing tradition of including them in Canadian delegations to international meetings. Aboriginal groups were also banned from the delegation.

Among those included on the Canadian delegation are four executives of Iogen Corp., a biotechnology company that produces cellulose ethanol, and PlascoEnergy Group Inc., a waste conversion company.

Plasco’s CEO is Rod Bryden, former owner of the Ottawa Senators of the National Hockey League.

By joining the official Canadian delegation, the companies will gain a series of privileges, including access to government briefings and closed-door sessions at the Bali conference.

Forget taking its cue from the general public or allowing input from environmentalists, opposition members, and, in the immortal (alleged) words of former Ontario Premier (and Baird’s old boss) Mike Harris, “fucking Indians.” The Stephen Harper Party proudly tap dances to the tune of Big Carbon and the puppetmasters down south. But hey, thanks for hastily offering bread and circuses to follow up the Bali dog and pony show, John-boy.

More from Scott Tribe, who notes that the Tories “chose one of the [oil] companies that has been cited by the Europeans as being one of the worst with regards to pollution in the tarsands.” (Ethical Corporation link via BigCityLib).